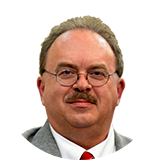 Mr. Kaisershot earned a Bachelors Degree in Music Education from the University of Nebraska-Lincoln where he graduated with honors. He received his Masters Degree in Trumpet Performance from Illinois State University where in addition to playing in the Faculty Brass Quintet, he was also the Graduate Assistant and Assistant Conductor in the ISU Band Department. He has done additional postgraduate work at Northern Illinois University (Supervisory Endorsement) and Vandercook College of Music. He is a member of several professional organizations including, the International Trumpet Guild, Illinois Music Educators Association, NAfME and the American Society of Composers, Authors and Publishers (ASCAP). He was a finalist for Kane County (IL) Educator of the Year where he received the Distinguished Educator Award. He also received an Award of Special Recognition from the Illinois State Board of Education as part of their “Those Who Excel” program.

Recognized as one of the foremost achievers in his field, Mr. Kaisershot has been included in numerous editions of Marquis’ Who’s Who in America as well as many former students nominating him for Who’s Who of America’s Teachers. In 2017 he was recognized with a Lifetime Achievement Award from Marquis Who’s Who and in 2018 was awarded the Alumni Achievement Award in Music from the Hixon-Lied College of Fine and Performing Arts at the University of Nebraska-Lincoln.

As a conductor and clinician, Mr. Kaisershot has become well traveled throughout the midwest. Internationally recognized as a composer/arranger, especially of music for trumpet and brass, his music has achieved critical acclaim. His music has been performed not only in the United States, but also in several other countries including Japan, Hong Kong, Thailand, Korea, Canada, Mexico, Denmark, Switzerland, England, Norway and Germany.

He has won several awards for his band compositions, including the distinction that his march, entitled Spectre of Fortune, was adopted by the State of Massachusetts Lions Club Organizations as their “official” march. In 2009 he won the ASCAP/MENC (now NAfME) composition competition wherein his march entry was selected as “The Music Teachers March.” Since 1994 he has received numerous ASCAP standard awards for his contributions to the advancement of American/Educational music.

After 35+ years of successful teaching, Mr. Kaisershot retired in June of 2015 but still continues to contribute to the educational music field and on occasion will find an outlet to perform (trumpet).

Music is available from these publishers